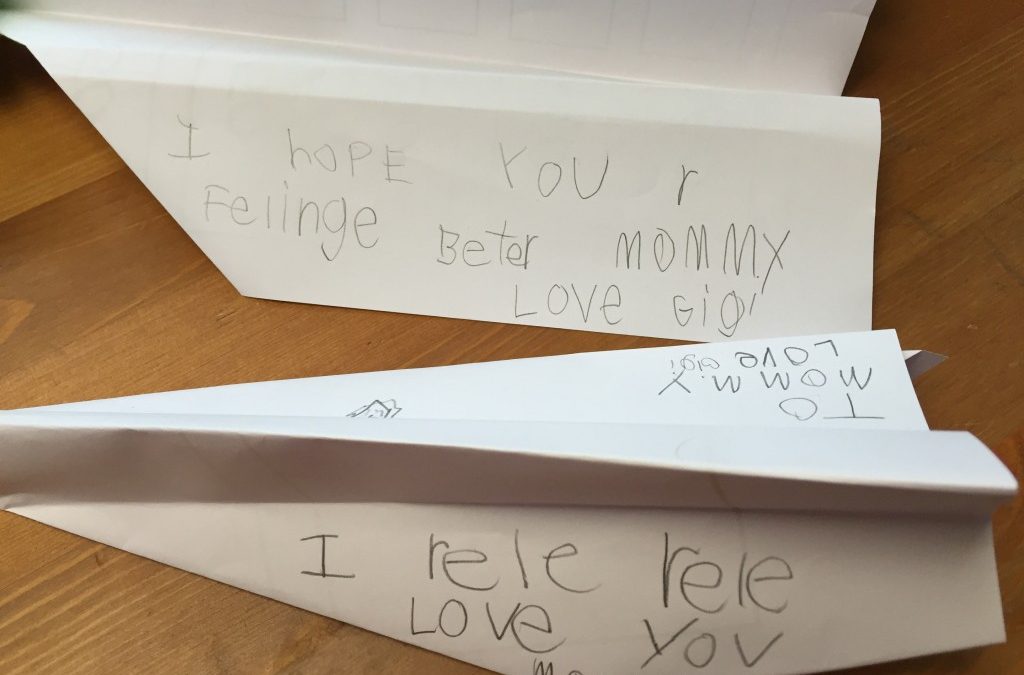 Milestones matter. As the designated Keeper of the Firsts and the Lasts in my family, I love reflecting on our journey, remembering what God has brought us through.

Five years ago, I found a lump in my neck. I found it and promptly forgot about it because I wasn’t paying attention to my neck (who does?), and then found it again. I showed it to a friend, who told me to go to the doctor. The doctor sent me for a precautionary ultrasound and eventually a biopsy. Results? Inconclusive. Then came a major car accident and physical therapy, so I put off the redo of the biopsy until my neck healed. Three months later, I returned to the doctor, knowing that the growth was 95% likely to be benign. I waited in relative peace, or at least distraction, while I homeschooled our four active kids. A week later, my doctor’s secretary called to ask me to come in the next day for my test results.

When Ken and I arrived, feeling a bit uneasy, the doctor was brief but encouraging—the first of several to use the oxymoron “a good cancer.” Unfortunately, I remembered almost nothing of what she said. My mind blared “CANCER CANCER CANCER,” while my husband took notes and made sense of the conversation.

The week of Thanksgiving, I underwent a complete thyroidectomy. In January, after I had recovered from surgery, navigated a low-iodine diet, and received a shot that cost more than our entire homeschool year, I swallowed a highly radioactive pill that put me at risk for other cancers (oh, the irony) and then sequestered myself in the basement for a week while friends and family cared for my kids.

Five years is noteworthy in the world of oncology. For me, it means no more scans and no more low-iodine diets as long as my bloodwork looks good. “NED” (no evidence of disease) is close enough to cured for me.

In honor of 5 years, here are 5 reflections from that time:

Today I’m so grateful for God’s faithfulness and the certainty of his presence. “He brought me out into a spacious place; he rescued me because he delighted in me” (Ps. 18:19 NIV).