My Life in Books 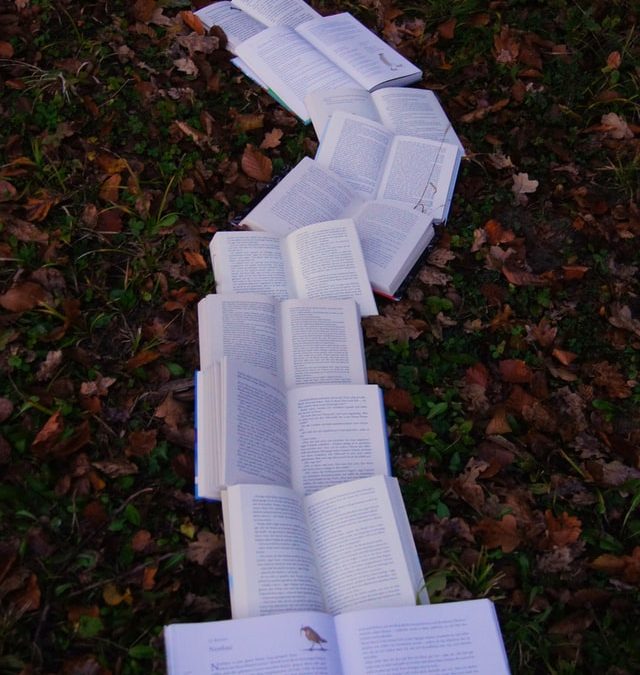 Laura Ingalls Wilder was the first writer I ever befriended. At night, our beautiful, young mothers tucked us both into bed, side by side with our older sisters. As I listened to my mother read Little House in the Big Woods, Laura would listen to her pa on his fiddle. Together we spent hours roaming the woods and prairies.

In first and second grade, I read all of Carolyn Haywood’s Betsy books and longed for a red plaid book bag, a friend named Eddie, and a series of mishaps on the way to school. Then I met Betsy–Tacy and climbed over the Big Hill with them, wondering what they saw in Tib besides her frothy yellow curls.

When I met Ramona, the two Betsy’s suddenly seemed very tame. Ramona was irreverent, annoying, and curious enough to ask the very question I had always wondered about Mike Mulligan and His Steam Shovel. We commiserated about bossy older sisters, agreed that the red ribbon should be hers and not Howie’s, and compared her beautiful Aunt Bea with my own Filipino auntie.

When it wasn’t library day yet, and I had read through my weekly allotment of ten books, I turned to the family bookshelves like a puppy in search of a playmate. That’s how I wandered into the secret garden with Dickon and Mary Lennox. They in turn led me to Sara Crewe’s garret, where we donned ill-fitting hand-me-downs (I was the third daughter, after all) and daydreamed about the mysterious Indian gentleman. I loved sweet Becky for loving Sara, and together we longed for the comeuppance of Miss Minchin.

But it was Harriet M. Welsch who finally persuaded me to write my own stories in fourth grade. Harriet the Spy faithfully kept a journal, and so I began to keep one too, writing down all my truest and sometimes, pettiest, thoughts about the people around me. Journaling inspired me to write a story about a girl named Pam. I knew nothing of plot and conflict, so I spent the entire story describing the outfits she wore to school. I wrote it on my father’s electric typewriter and felt, for the first time, like a real writer, so I suppose it wasn’t entirely wasted.

In late elementary school, Nancy Drew and I spent a few intense seasons together as I plowed through the entire series at breakneck speed. I didn’t know what Titian-colored hair was, but I coveted it, along with her yellow convertible, stylish pencil skirts, and adventures aplenty with her two sidekicks.

Nancy, however, paled in comparison to a far less formulaic redhead. Anne Shirley and I were bosom friends from the day we met. We absentmindedly lost track of what we were doing in the kitchen, recited poetry while adrift in a sinking rowboat, and alternately admired and detested Gilbert Blythe. But we differed in one notable way: I lacked the nerve to walk the ridgepole of Mr. Barry’s kitchen roof. And if I could not do this one brave deed, could I ever hope to be a writer? I pushed the question aside until I encountered Jo March a short while later.

Jo’s undeniably passionate temperament re-awoke my worrisome doubts. Jo cut off all her hair, organized neighborhood plays, and ran off to New York City to pursue her dream. Could a shy, unadventurous girl like me have any hope of becoming a writer if I wasn’t boldly standing up to Rachel Lynde or rescuing my sister from certain death? Could Beth March be an author as well as Jo?

Ever the precocious reader, even I have to admit that my sixth grade friendship with Scarlett O’Hara was hardly appropriate. Seeing my older sister reading The Thorn Birds made me long for an adult-sized book to linger over. What a thrill when I found Gone with the Wind at the library and surreptitiously tucked it into my pile of books. Too young and innocent to comprehend the subtleties of Scarlett’s relationships, I was completely captivated by the sheer number of pages (nearly a thousand). Finally, something to keep me for a week instead of a day! I read the book twice more in middle school, and when I was discovered, my mother allowed me to continue. No doubt, she decided the harm had already been done.

After I fell in with the wrong crowd, she wisely steered me back toward the good girls, placing her own worn copy of Jane Eyre in my hands. I objected for a moment, until Jane awakened my inner romantic. Oh, the injustices! Ah, the serendipities! We maintained an intimate acquaintance until I met the superlative Bennet sisters, another family that resembled mine in its overpowering preponderance of females. The Bennets proved to me that a writer need not be of the Jack London ilk. One might inhabit a small world, but a keen mind could expand even the most confined drawing room.

Nowadays, I keep company with Inspector Gamache and whatever eccentric but charming bookseller inhabits a novel at the moment. These newer friends inspire me afresh to put pen to paper, even as my old friends whisper over my shoulder. “Write on,” they all say, “for there is always room in the circle for one more.”

← Four Weeks In: Redux Slur: Reflections on Being “Other” →