Slur: Reflections on Being “Other” 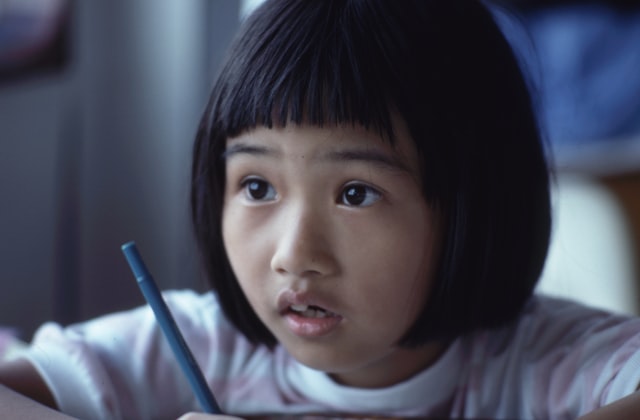 As the daughter of an Asian father and a German–American mother, I can’t pretend to understand what it’s like to be a black adult in the U.S. today, to live with the possibility of being presumed guilty until proven innocent, or to instruct my teenage sons in how to interact with the police in a way that won’t evoke hostility.

No, my journey has been a different one. I know what it is to be singled out based on race, to be called names, to be asked, “Where are you from?” (“Maryland.”) “No, I mean where are you FROM? What nationality are you?” (“American.”)

Only a few times in my life have I been in a place where everyone looked like me. Hapa, a Hawaiian term that literally means “part” and is used for people of mixed descent, felt like a blessing when a friend bestowed it on me during a visit to Hawaii many years ago. Yes, I am hapa, and so is everyone else around me. There I felt accepted and at home in a way I never had before.

Like so many multiracial children, I spent most (or maybe all) of my childhood longing to fit in, longing to look like everyone else, to eat American food and not pancit and ube and sinigang. But my Filipino father doggedly introduced and reintroduced food and customs he loved, the very meals and celebrations that have come to shape my loves as well. Thanks to him, I prefer Asian food to any other, and rice to any other starch. (I sometimes forget potatoes exist.)

I’m still wrestling with the disturbing truth that as a child I—and the children around me—absorbed the idea that white is “normal,” and anything else is “other.” I’ve spent a lifetime playing eenie-meenie-minie-mo to decide which boxes I will check on this form that asks my race; sometimes the best choice really is “other.” Only as an adult have I learned to view the things that set me apart as the God-given distinctives they were always intended to be—the marks of an image-bearer reflecting the varied glory of her Creator.

I wrote the following poem five years ago, but this week it feels timely again.

“Chink!”
She tossed the word with careless scorn,
darted back into her first-grade classroom.

And I, just passing in the hallway,
caught it up and held it,
turning it over in my hands.

Like night slowly creeping in
the knowledge that it was thrown with purpose.

Until that word
I was just one among many
never seeing the marks of my straight dark hair
and eyes that disappeared when I smiled.

Until that word pointed its beam into my corner.

Even today I turn it over in my hands,
sifting for truth in its folds.

← My Life in Books Guest Post: The Living Truth of the Gospel →